You are visiting RUIJIE Group, which is a leading steel products manufacturer in China! 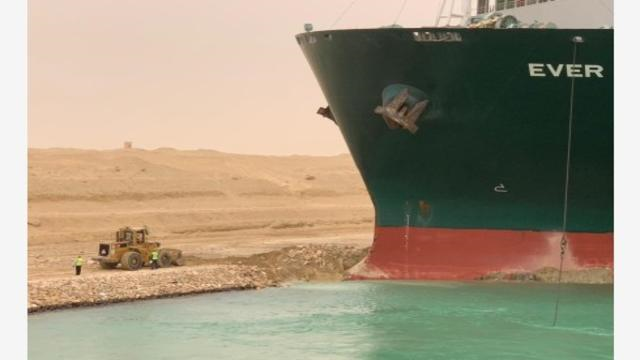 At around 12 o'clock on March 23rd, the 20,000 TEU EverGiven container ship EverGiven lost control of its engine room due to a sudden loss of power and lost control in the Suez Canal south of the Great Bitter Lake, blocking the Suez Canal laterally. Because it is a heavy-duty ship, both the fore and the tail have been stranded on the shore, and the tugboat cannot tow it out. Therefore, we can only excavate the earth and stone first, and then use the high-horsepower tugboat to tow it out. The market expects that the Suez Canal will be blocked for at least a month. The world Prices in the shipping market will fluctuate dramatically.

According to statistics, about 12% of world trade passes through this canal that connects Europe and Asia, and the Suez Canal Authority (SCA) is still Egypt’s main source of fiscal revenue.

According to statistics, about 12% of world trade passes through this canal that connects Europe and Asia, and the Suez Canal Authority (SCA) is still Egypt’s main source of fiscal revenue. Refinitiv Eikon’s ship tracking data showed that 7 tugboats came to assist the ship bound for Rotterdam. From the tracking map, the ship is still stranded. It is not clear how long the ship can be towed back to its original location. channel. The Egyptian side dispatched a tugboat to rescue, but it has not yet worked. It is estimated that at least 100 ships passing by are blocked.

This accident may become the most serious accident since 2004 when the Liberian 100,000-ton tanker "Tropic Brilliance" was stranded and the Suez Canal was interrupted for three days, although there was a similar incident on a ship in Japan and Singapore. The accidents were resolved within a few hours.

If the blockade continues, European and American refiners that rely on important shipping routes in the Middle East may be forced to find alternative supplies, which may push up the prices of alternatives. At the same time, the delivery of crude oil from the North Sea oil fields to Asia will also be restricted.

This sheet shows comparison of kinds of steel grade all over the world, such as GB AST JIS DIN EN BS NF ROCT ISO standard for reference.